More English as she is spoke 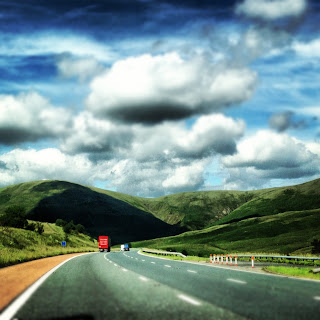 While we are on the subject of real-life grammar that doesn't follow the rules, here's something else I've been noticing recently: the use of the present perfect in narratives about past events. Now the present perfect is a notoriously difficult tense for French speakers to master and I usually stick to some very simple rules when I'm teaching it. Basically, I tell my students that the present perfect is used to talk about the unfinished past (I have lived in Bordeaux for a long time); something that happened in the past but has an effect now (I have put on several kilos); and to talk about experience (I have never been to Kefalonica). [I'm being deliberately unimaginative. I've often thought that the example sentences I come up with spontaneously in the classroom could be used as a sort of free-association psychological test with very disturbing and perhaps incriminating results].
However, I know that many Americans don't use the present perfect in instances where we Brits would expect it; and now it appears that Brits are using it to recount stories that I would normally expect be told using the simple past. So that instead of:


"He was walking down the road with his pitbull, and suddenly a puma appeared from nowhere and mauled them both."


"He's been walking down the road with his pitbull and suddenly a puma has appeared and it's mauled them both."

I think this might be more of a North of England thing, but I'm not sure and I also suspect that it is a way of making the narrative more immediate and real — much like the use of the present tense to recount past events. But I'm not sure. Any ideas? Any whacky example sentences for us to judge you by?

PS. Oh, and if by any chance you're one of my students, sorry I fibbed about those rules being hard and fast but I'll still take off marks if you write a a narrative essay using the present perfect.
at July 15, 2012 10 comments:

Why do they do that? 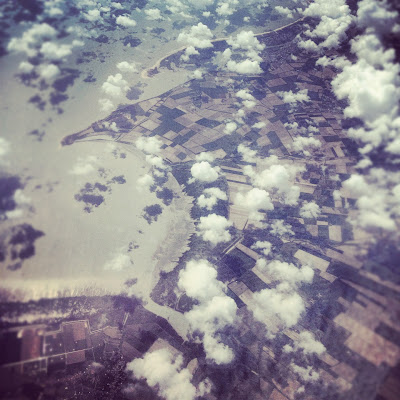 I'm just back from a flying visit to Scotland made possible by a cheap Easyjet return flight. I'm not all that often in contact with English as she is spoke in natural environments and sometimes I'm struck by how the grammar I teach my students is much more prescriptive than authentic usage (teaching the distinction between less and few, for example, seems to me to be a waste of time since in real life the majority of English speakers don't care/know about the difference). Take this announcement made on the way out by a member of the cabin staff:


We do have a selection of duty-free goods available for sale on today's flight. Bla bla bla. We do have several fragrances from the Givenchy line and we do also have the new Lancôme mascara. Please don't hesitate to stop us as we do come through the cabin with the trolley.

Okay, I'm quoting from memory and I can't remember what the exact products were, but there really were all of those extraneous "do"s. What is that all about? I teach my students that "do" is only used in questions, negative statements and for emphasis. Yet, if any of my students had been on that flight they would instantly have observed that in the wild, "do" is used in affirmative sentences that require no emphasis.  I wish I had recorded the announcement on the flight over, and I actually got my iPhone out ready to do so on the way back but there was none. I really don't know what's going on: the speaker was a native speaker of English and appeared to be ad-libbing from a no-doubt memorized script. Perhaps the "do"s are supposed to make the announcement more formal, or more exciting? Any explanations gratefully received.
at July 14, 2012 7 comments: