A telephone conversation with my brother 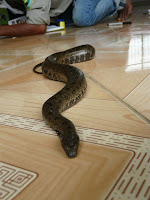 My brother was in Cambodia a few months ago. I phoned him when he got back.

Me: So you were bitten by a snake?
Him: Yes.
Me: Did you panic?
Him: Not really, because the Cambodians working with us didn't seem too concerned.
Me: Right.
Him: Although, at times like that you suddenly realise that your life depends on people whose English consists of "yes, "no" and "Lady Gaga". 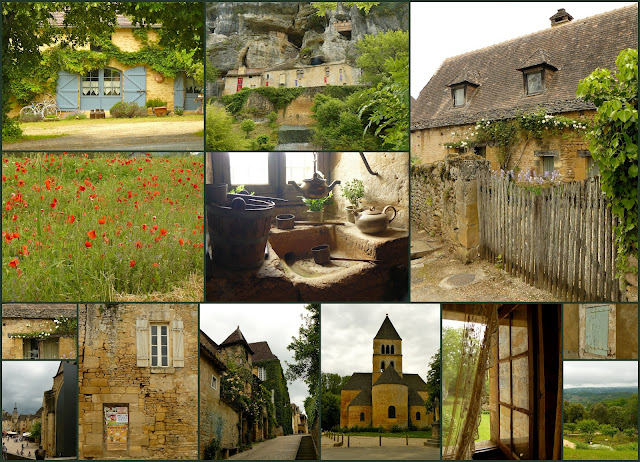 The month of May is a great month for long weekends in France. This is the third in a row, le Weekend de l'Ascension, and we've been off since Thursday when we came to stay with our friend D in the lovely Hameau du Sentier des Sources in the Périgord Noir. Unfortunately the weather gods appear to have a bit of a gob on and it's been more like autumn than spring. Yesterday we visited La Maison Forte de Reignac and lingered beside the big fires roaring in several of the rooms. The only good thing about this sort of weather is that it stimulates the appetite (well mine at least) so we have appreciated the gastronomic delights of the region — and there are many — all the more. So excuse me while I drag myself back to the table for an estouffade de couennes aux haricots blancs.
at May 20, 2012 2 comments: 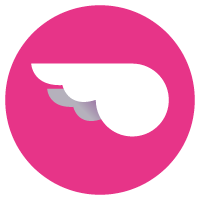 Eight weeks ago (when I was still 49) I signed up for the Up and Running online running course.  And guess what, it really does what it says on the packet - yesterday I ran my first ever 5km without even stopping! (There aren't enough exclamation marks in the typographical universe to cover my amazement at this so I'll stop at one).

It's been a great experience - the course gradually took me from the very beginnings of plodding, walking, stretching to my present gazelle-like running skills. Over eight weeks, I've run in three different parks in and around Bordeaux, on Blackford Hill in Edinburgh and along the coastal path to the Playa Blanca lighthouse in Lanzarote. Inevitably, there have been a few ups and downs, but there was always advice and support on hand from Shauna and Julia, the wise and wonderful course leaders and encouragement from my fellow alumni. I think that the key for me was the accountability and the camaraderie of the Up and Running forum. Here are some of the fatigue-fuelled ramblings that I subjected my fellow runners to in my post-workout reports.


Workout 1: I underestimated the time it would take to get to the park and had to start the running a bit on the pavement before I actually got there. It was unseasonably hot and the park was full of lovers rolling around on the grass (okay that had no effect on my running, but hey guys, get a room!). I fiddled around with my iphone a lot, worrying that it was going to drop out of my pocket. I had also forgotten that I'd taken most of the music off my iphone and ended up listening to Nick Drake (lovely, but not exactly dynamic) and then a BBC podcast about the death of Prince Albert (interesting, sort of, but not great to run to!).

Workout 4: It was much cooler today and I wore a big fleece jacket — that was a BIG mistakes of course because I was boiling hot by the end. I also ran to music for the first time having spent some time over the weekend creating a "running" playlist (get me!). I definitely recommend the Black Keys to run, or even pseudo-run, to: they're bursting with funkiness.

Workout 6: Got back from Edinburgh late last night after four days of a crazy, crazy schedule. However I did manage to fit in Workout 6/24. The friends who were putting me up live right next to a fabulous part of Edinburgh called Blackford Hill, so I got up early on Sunday morning and followed the trail that goes round the bottom of the hill (I'm not mad - I didn't try the steep paths UP the hill). It was an absolutely GORGEOUS morning. We joke a lot about the weather in Scotland, and with good reason, but when it's sunny there isn't a place in the world to beat it IMHO.

Workout 9: I went to the campus this time where the GPS seems to be a bit wonky but never mind I sorted out the extra 5km it added to the workout once I got home. It was boiling hot again this evening - well it was 23°C and that's boiling hot when your internal thermostat was set at birth to Scottish weather. I had a bit of a problem in the second freeform km because my mouth was suddenly very, very dry and I couldn't swallow which made me a bit panicky, so I stopped running for a bit to sort that out. Because it was so warm I couldn't wear the useful waistcoat with pockets and didn't bring a bottle of water with me - BIG MISTAKE.

Workout 11: Aw, that was hard! I felt really blagh today, and thought I would never make it to the end of the 1.5 kms, and just as I was about to give up Run Right Back by the Black Keys came up on my playlist:Before she hits the ground / She's going to want to explode / Got to step aside / Never run and hide. Which to my fatigue-addled brain, seemed particularly pertinent (although now that I look at the lyrics, I'm not sure I actually understand what they mean). So, I kept going and made it to the end.......just.

Workout 12: Aaargh, I'm regressing instead of progressing. This was an early evening workout in a different park (with some really beautiful camelias just past their best.) I had to stop and walk twice during the 1.5 km. (Maybe it had something to do with that glass of wine I had at lunchtime??)

Workout 13: I started the first 500 m far too fast and was gasping for breath after about two minutes. This may or may not be related to the fact that I had just finished Born to Run and quite fancied myself whooshing across the terrain like the Tarahumara!

Workout 14: I realise clamping headphones on my ears goes against all the good advice Julia gave about listening to yourself think etc. but I just don't think I am ready for that sort of one-to-one yet. I went back to listening to podcasts today since I find them more distracting than music — believe me, I sometimes need distracting. Today, it was Desert Island Discs with Jamie Callum who made me laugh out loud a couple of times. Anyway, the podcast didn't last for the whole workout and I had only my own thoughts for company (cue sound of wind whistling through the desert) in the last bit of the 1 km. For some reason my brain started riffing on the word bitch, perhaps because I read a crit of a book entitled Run, Fat Bitch, Run a couple of days ago. The premise is that you have to hate your body and malign it, preferably by shouting at yourself standing naked in front of a mirror, to motivate yourself to go out running. That strikes me as a terrible attitude. So, no I definitely won't be reading it. This in turn made me think of that old one-liner "There's a thin woman inside me screaming to get out ..... but I usually manage to shut the bitch up with cookies". Well people I think that just maybe there's a runner in me struggling to keep going when lazy me begs her to stop. Anyway, that's all today from the voices in my head. I'm off to the hair stylist's after my shower, see you all on the other side ....... of my fringe.

Workout 18: A morning run in the rain. Got drookit, came home, had a hot shower and felt smug (but only because Julia said you're allowed to when you run in the rain). I'm off on holiday to Lanzarote tomorrow so I'm going to be running in the sun baby (and wearing SPF 50 million)!  In the meantime, I have to find a way to dry out my muddy running shoes before I pack them.

Workout 19: So it's week 7 and I'm in Lanzarote where it's beautiful and sunny but incredibly and invigoratingly windy. Had a fab workout this evening. My times were a bit rubbish (I'll blame the wind) but I wasn't really bothered about that because I was running along a coastal path, towards a lighthouse on an island, in the middle of the Atlantic ocean! How fab is that? Hasta la vista chicas!

Workout 22: So I stopped running for a week to give my sore heels a bit of a rest and spent a lot of time looking around for advice on causes, treatment etc. of plantar fasciitis. I've become a bit of a PF bore/hypochondriac to be honest. Anyway, I decided in the end that rather than give up running even temporarily I would finish the course even if my heels weren't completely healed (see what I just did there?) because I thought that the benefits of the sense of accomplishment would outweigh the risk of worsening the condition. I also bought myself a new pair of running shoes just in case the old ones were part of the problem. This evening, I headed out to my usual park (Yes, the holiday is over. No more running along island coastlines for me. Sob). And I ran. Not very well, but I ran.  I felt uncomfortable throughout the workout. The shoes didn't feel right, the weather was hot, I felt out of practice: I couldn't help worrying about my poor body, thinking how fragile and mysterious its workings are.

Workout 24: Wow, I did it! 5km in 38mins 30. I am now the sort of person who gets up, has breakfast, goes out and runs 5km then comes home and bakes a cake. Thank you everyone for all of the support on this forum. Thank you Shauna and Julia for making it happen; for teaching me the power of persistence, the importance of believing I could do it and leading me there gradually. I am a runner!

Email ThisBlogThis!Share to TwitterShare to FacebookShare to Pinterest
Labels: running

Blogging is a bit like housework in that if you don't do any for a while the task of restarting seems insurmountable. So I'm just going to dive in with a little light dusting in the form of some photographs from our Easter holiday last week in Lanzarote where the weather was five million times better than the incessant rain and grey skies we'd been having in Bordeaux.
This was our second visit to this wonderfully austere place; very volcanic and mineral, with strange cacti and grey-ochre-purple craters, black beaches and green lagoons. 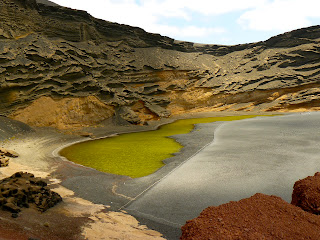 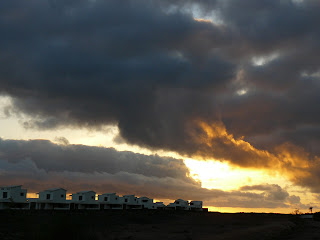 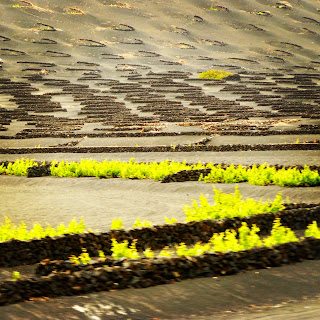 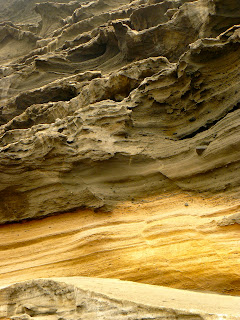 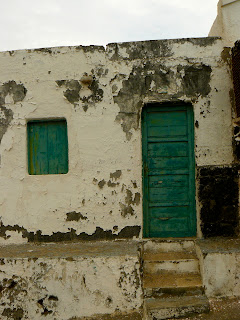 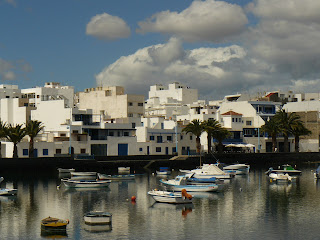 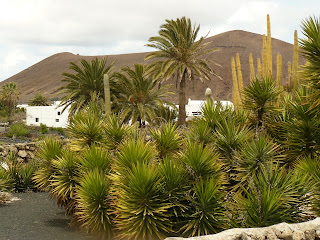 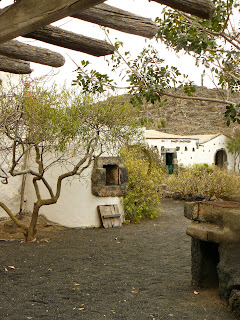