Though I try, and I try 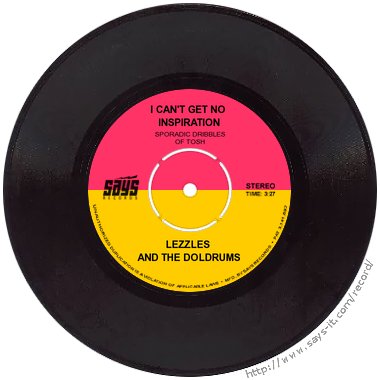 A Tale of Two Teeth 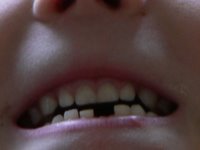 Just as I was getting ready to tell you about Z losing his first ever tooth and how a little mouse came and left a 2€ piece under his pillow; how easily he suspends disbelief; and how he seemed to have no problem whatsoever making the cultural shift from it being a mouse doling out the money here but a fairy in Scotland, something else happened.
E tripped and fell against the coffee table late in the evening while we were having dinner with a long-lost friend. Cue much screaming and blood. She had a horrible cut just below her lower lip and one of her beautiful little front teeth had been knocked so hard that instead of pointing down it was pointing inside her mouth. Luckily, we live close to the children's hospital, so I bundled her up in her blood-spattered pyjamas and took her to their Emergency Department. For once, the place was empty and appeared to be staffed almost exclusively by ex-students of mine. I resisted the temptation to test their medical English skills in situ and they patched her gash up with some nifty glue. Unfortunately however, they don't deal with dental emergencies, so I had to take her to another hospital and another emergency department to have her tooth seen to. To cut a long story short, they managed to put her tooth back in the right position (after a few shots of local anaesthetic and a bit of pushing and pulling with some nasty-looking metal pliers) and they glued a wire across all of her top teeth to hold it in place. After I'd taken her home to Papa, it was time for a midnight run to the all-night pharmacy to pick up her antibiotics.
There is no guarantee that she won't actually lose the tooth, in which case she's going to have a toothy grin for a VERY long time.
Through the whole patching-up ordeal she didn't cry or complain once. And when it was all over, she announced that it wouldn't really matter anyway if her tooth fell out because of course that pesky mouse would come and leave her some euros.
at August 29, 2006 6 comments:

"The carnival is over"

Coucou, we're home, with another one of those mosaics of holiday pictures. Soon the children will be skipping gaily back to school and we'll be trudging our weary way to work. No more gallivanting through Dumfries and Galloway. Moffat no more, Clatteringshaws no more, Caerlaverock no more, Drumlanrig no more, Port Patrick no more, Applegarth no more, Lochmaben no more, Kippford no more, Moniaive no more, Kirkubright no more. Sigh. 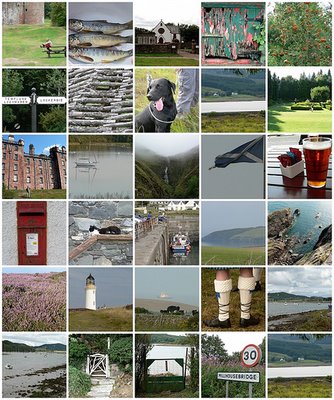 A dozen dozy days in the Dordogne have temporarily (?) rendered me incapable of stringing together anything more than that pathetic attempt at alliteration. So instead of my usual penetrating prose, here is a mosaic of photos to conjure up those walnut trees, a bit of architectural detail, the assisted departure of our temperamental car, and an absolutely idyllic pizzeria that we stumbled upon in a miniscule village called Gabillou, a mysterious cat and a couple of potagers (vegetable gardens). 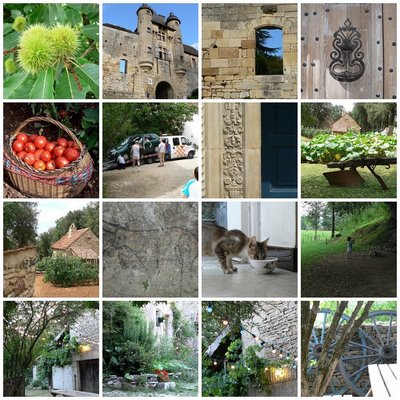