In this third and final instalment, I was going to list the books that I had aquired for work purposes this year. However, I found that I had nothing to say about them that I hadn't already done to death elsewhere. I'll just mention this one because Chapter Five, c'est moi: European Stevenson Richard Ambrosini & Richard Dury (eds), 2009 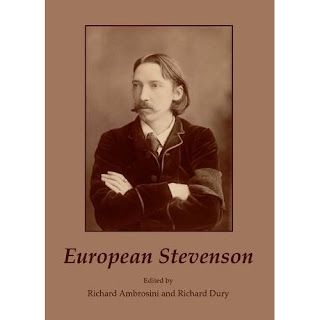 Non-fiction. The theme this year seems to have been expatriates.

Greene on Capri: A Memoir, by Shirley Hazzard
The past really was a different world for some people: this memoir chronicles the Hazzard's friendship with Graeme Greene during prolonged residences in pre-tourist Capri.

The Smell of the Continent: The British Discover Europe, Richard Mullen & James Munson
I haven't finished this one yet.

The Scottish World: A Journey Into the Scottish Diaspora, Billy Kay, 2009
Scots are everywhere.
And the Judges Said...: Essays, James Kelman, 2008
Mostly political. Kelman is definitely not an expat.

The Secret Life of France, Lucy Wadham, 2009
I really meant to blog about this book when I first read it. On one hand, it was a great relief to read a book by a Brit on France that went further than the usual "aren't the tradesmen slow, aren't the locals colourful?" tropes. On the other hand, there was a lot to disagree with, especially the remarks on French sexual politics. Stimulating and intelligent nonetheless.

The Year Of No Money In Tokyo Wayne Lionel Aponte 2009
I blogged about this book here.

Shakespeare: The World as a Stage (Eminent Lives) Bill Bryson 2008
I like Bryson.

Lettre à D : Histoire d'un amour André Gorz 2009
This was an impulse buy in a bookshop. André Gorz was a French philosopher and his wife was originally from England. This is the story of their lifelong romance. They committed suicide together when she became ill.

A Castle in Spain, Matthew Parris, 2006
I can't remember how this book came into my possession. I don't think I would have chosen to spend money on a book by a Conservative MP. It's actually a wonderful account of his buying an ancient house in Spain (not far from where his parents and siblings had lived for many years) and painstakingly renovating it.

This year I'm splitting my reading list up into three parts to get maximum blog mileage out of it. Today, I give you fiction
The Master of Ballantrae: A Winter's Tale, Robert Louis Stevenson
I'm reading this at the moment in preparation for a conference on Jacobitism. I know absolutely nothing about Jacobitism.

The Secret Mandarin, Sara Sheridan, 2009
I skim read this book. I didn't feel it deserved more.

The Help, Kathryn Stockett, 2009
A great novel about the humiliations endured and victories won by black servants in the American south.
Temptation Douglas Kennedy, 2007
One of his less interesting novels. The characters all needed a good slap.
The Careful Use of Compliments (Sunday Philosophy Club), Alexander McCall Smith, 2008
I really don't like McCall Smith any more. He's more smug and less avuncular now, I feel.
The Guernsey Literary and Potato Peel Pie Society Mary Ann Shaffer, 2009
Excellent story of a book club in the Channel Islands during WWII
When Will There be Good News? Kate Atkinson, 2009
Ms Mac sent me this one and I enjoyed it just as much as the last two. About lives that fit into and around each other. Read Ms Mac's take on it here.
Electric Brae: A Modern Romance Andrew Greig, 1998
I'm not sure why it took me so long to get round to reading this. About the sometimes tortured relationships of a young man in Scotland.
Deaf Sentence, David Lodge, 2009
Funny, but also acutely observant (what is the auditory equivalent of observant?) and recognizable if you are — or if you interact with anyone who is —hard of hearing.
The Red Book, Delahunt, Meaghan, 2009
Excellent - somehow manages to knit together Bhopal and Cowdenbeath. Chapters begin with a description of a photograph - a flagging but effective device.
Dreams of Rivers and Seas Tim Parks, 2009
One of my favourite novelists Tim Parks. I'm always surprised by how completely different each of his books is.
The Neon Rain, James Lee Burke, 2000
Read this during the summer holiday, and that's all I can remember about it.
The Black Album, Hanif Kureishi, 2003
I've enjoyed all of Kureishi's writing until now, but I gave up on this one early on.
The Man Who Walks, Alan Warner, 2007
Best novel I read this year. Takes place in Highland Scotland. A modern version of Kidnapped in parts.
Bruno, Chief of Police, Martin Walker, 2009
Bruno is a policeman in the Dordogne and he likes rugby. Not bad. That's about it.
The Rain Before it Falls, Jonathan Coe, 2008
This one also uses the photograph device. Enjoyable.
A Million Little Pieces, James Frey, 2004
You may remember the controversy that surrounded this book when it was revealed that it wasn't actually a memoir but mostly fiction. I thought the writing was good anyway.
We Were the Mulvaneys, Joyce Carol Oates, 1996
A family saga set in a time before sexual liberation for which the main character pays the price. Thoroughly enjoyable.
The Gathering, Anne Enright, 2007
I thought I might not like this because I don't always agree with Enright's non-fiction writing. But I found it exquisite, in all senses of the word.

A Most Wanted Man John le Carré, 2008
Le Carré, dependable as ever.
Rounding the Mark, Andrea Camilleri, 2008
My annual fix of Montalbano intrigue and descriptions of Sicilian cooking

According to a survey carried out by The Baby Website, today's mothers use the same old expressions their parents used over and over again. This is true. I have recently caught myself saying:
We are decidedly not the people our parents warned us against.
[I'm surprised by how aggressive some of these expressions sound when written down. I do say loving things to them too on occasion]
at December 09, 2009 6 comments: 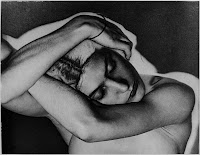 Tonight I was at a film festival interpreting for a Swedish director. The festival is called Cinema Sciences and the film was about heroin addiciton - I liked it. The "heroine" reminded me of the woman in Man Ray's Solarisation.

After the screening (see, I revised some film buff vocabulary), a man approached the director and started up a conversation. I immediately recognized him as a professor from the university. Then, it became clear that he knew a lot about film-making so I rapidly revised my first impression. It dawned on me that he must be the director of Amélie Poulain whose name I couldn't remember (Jean Pierre Jeunet). It's a good job I didn't make some smart-arse comment about Amélie because it turned out that he was actually Jean-Jacques Beneix, the director of Diva and La Lune dans le Caniveau and my favourite film 37°2 le Matin / Betty Blue.