Although I enjoy cooking, I don't enjoy the weekly drudgery of supermarket shopping. I find something soul-destroying about walking up and down the same aisles week after week varying the brands I buy just to buck the routine of always putting the same old products in the same old trolley. In fact, I quite often vary supermarkets just to spice up the housewifely routine: one week Simply Market, the next Casino.... I don't even really enjoy going to the market any more: same old stall holders in the same old places.

Readers, I have been freed from this drudgery. A few weeks ago a friend launched a new service called Les Ptits Cageots that bobos of my ilk were crying out for - organic / farm-produced /fair-trade products ordered over the internet delivered to our door at the time we want for no extra charge!

We've used the service three times now and I'm still wallowing in the liberation of it! No more whizzing round boring supermarkets; no more flaccid meat in polystyrene trays; no more impossibly shiny fruit and veg. This stuff comes from small producers in towns and villages around Bordeaux, the Charente and the Dordogne. It's all good.

We feel virtuous because we know we're eating well, giving our kids healthy stuff and supporting a good cause to boot — Les P'tits Cageots is what is known as une association d'insertion which means that it is a non-profit-making organisation that creates jobs for people who really need them and helps them (re-)adapt to the work place. I realise just how self-satisfied that sounds, but sometimes it can be good to be self-satisfied, can't it?

A cageot is one of those wooden crates for fruit and vegetables and that's exactly what our order comes in. If we're short of time and inspiration, we can choose to have that week's pre-selected crate. Perhaps it comes from watching to much Ready, Steady Cook on BBC Prime during my two pregnancies but I actually quite like having set seasonal ingredients imposed on me for the week and making what I can from them. Recently, I've made potimarron soup, oriental lentil salad (recipe from fellow Bordelaise Papilles and Pupilles' site), rougail de saucisses de boeuf (a dish we discovered in La Réunion), pears in red wine and pears in white wine with aniseed. We've had two evenings with friends fuelled by excellent organic wines and the tenderest faux-filet possible on the barbecue — until this week, the evenings were still mild enough for us to dine outside, believe it or not.

If you live in or around Bordeaux, give it a try. I'm sure you won't regret it. And if you do, I'll eat my cageot.

Blue is the colour

My favourite colour is, and always has been, blue so I was pleased when Pascale from Paris-Glasgow tagged me to post seven blue things from around my house. Much more pleased than if it had been yellow, or green. Here they are:

I bought this print from Julien Merrow-Smith on his Postcard from Provence site. I love the powder blue sky. 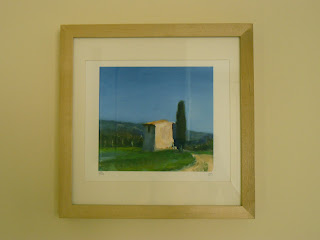 This cornflower blue tunic has been one of the items I've worn most this summer. 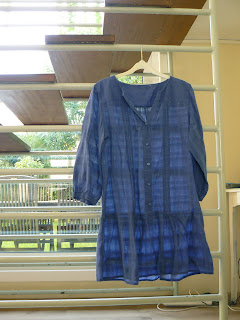 The walls in our bathroom are blue (with a worrying grey mould detail in one corner). I bought this clock just the other day. 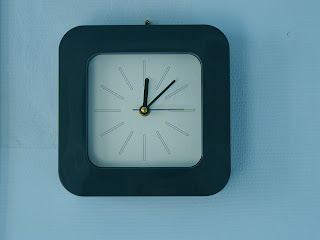 I have two of these soap dishes. They were a present from friends in the Dordogne. I keep a fine tooth comb in this one. 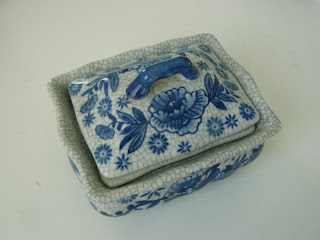 I bought this book in that second-hand shop in Saint Andrews but haven't started it yet. I'm a great admirer of Jenni Calder's biography of RLS. 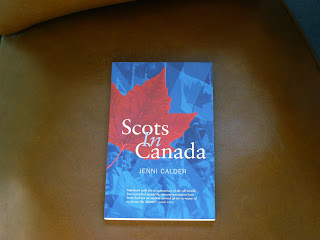 This is my keyring, often to be found in odd places around the house. I bought it in Greece at Easter. 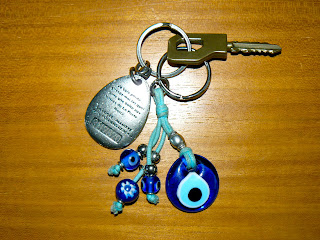 We have this patchwork on the wall in our bedroom. 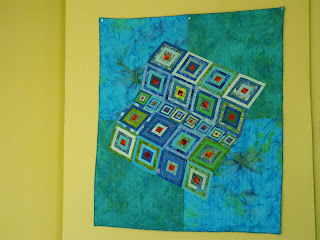 So what's blue in your houses Materfamilias, Mausi, Andy, NMJ, and Princesse Ecossaise?
at October 01, 2009 12 comments: