Profgrrrl says everyone else is looking back over the year's posts and taking the first sentence from each month. Here are mine and they look pretty representative of the year: a selection of mundane observations, a couple of mediocre jokes, a few unusual vocabulary choices, and a liberal sprinking of fake self-deprecation.

January: A very, very happy new year to you all. (Who did I think I was, the Queen?)

February: I’ve asked my class of student bloggers to post about a typical day in their lives and in a spirit of egalitarianism, I had intended to make my own contribution but it turned out to be excruciatingly boring. (Maybe the self-deprecation wasn't always entirely fake)

April: When my Mum moved house a couple of years ago, she arranged to have about a dozen boxes full of miscellania that she'd been storing for me in her loft sent over to France. (I'll show you them some day)

May:
The sun rises bright in France
and so sets he
But he has tint the blink he had
In my ain countree
(I'm speechless)

June: Reading the Muriel Spark obituaries I came across a passage from her autobiography Curriculum Vitae which struck me at the time I read it but which I had since forgotten. (And surprise, surprise I think I've reforgotten it)

July: France is in the grip of football fever. (Talk about stating the bloody obvious)

August: A dozen dozy days in the Dordogne have temporarily (?) rendered me incapable of stringing together anything more than that pathetic attempt at alliteration. (Perhaps I have a future in the flourishing Dordogne expat newspaper industry)

September: A friend tells me that he reads much less during the summer than at other times of the year because he does so many other interesting things when the weather is good. (You could all tell a mile away that that was just an excuse to introduce a list of all the books I had read over the summer)

October: I absolutely love coincidences. (OMG. So do I!)

December : Dear Editor, For several months free issues of your "newspaper for English-speakers in France" have been plopping onto my doormat. (Plopping? And we don't have a doormat)
at December 18, 2006 3 comments: 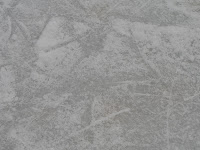 If you take small children skating, it's probably best to have progressed past the gripping-the-barrier-
and-shuffling-around-the-edge stage yourself.

Deborah has done a recording for the audio meme. You can listen to it here but be warned she sounds much, much posher than any of the rest of us and it goes completely wonky at the end. Perhaps she'd re-record it if there was enough popular demand.

Why do Ikea sell mattresses and beds that are 80cm wide but never ever have the fitted sheets to go with them?

I've had this Powerbook for 16 months now and I have never backed anything up. Shock, horror, I know. But now I've got a lovely little external drive which I suspect has quite a few more gigabytes of memory than I have wired into my grey matter. All I need now is a nifty little application to backup automatically (the computer not my brain, I hasten to add. Well, for the moment anyway). Any suggestions?

Oh yes, and if you're ordering smoked salmon from my brother this year, send him an e-mail because the on-line payment facility is playing up. (See what I did there?)
at December 17, 2006 10 comments:

Initiating a piddly little audio meme has given me an immense feeling of power. I recommend it for anyone who feels that the world is not reactive enough to their every whim.
The kind people who have contributed their voices to the expansion of my sphere of influence (so far) are:

Ms Mac
Vivi
TEFL Smiler
And from there to :
Nyasha
Mausi
Alithinks
Frog with a Blog
Robyn
Andy

The one after which you all unsubscribe

I must have been drugged, because I signed up to have my own soirée tooperwer.

You are all invited.

News from the Colonies

For several months free issues of your "newspaper for English-speakers in France" have been plopping onto my doormat. You can stop now - I will not be taking out a subscription to your newspaper.

a) I don’t seem to be part of your target readership. I’m not a retired major from the Home Counties wallowing in “fantastic weather, delightful food and lovely wine”

c) I do not hanker after the services of one of the numerous British plumbers or joiners, or even sausages advertised in your small ads.

d) And I don’t suffer from "Septic tank odour" either which is sadly not the case of many of your readers, if those same ads are anything to go by.

e) I don’t believe that Anglo- at the beginning of a company name guarantees quality (viz Anglopack, Anglocomputers)

h) I’m not looking for an Anglican church service either

i) And finally, fascinating as they sound, life is simply too short to read articles with headlines such as: