Darnation. I missed the ten year anniversary of this blog on 19th January. It would admittedly have been a more momentous occasion if I had been actively blogging since then; as it is it feels more like celebrating my golden wedding anniversary with someone I left years ago.
I did mean to come back in January but blogging for me is all about the wee things and when massive things happen, like the Charlie Hebdo bloodbath and the subsequent terrorist attacks, it all gets a bit too much to deal with in a blog post. What could one say? Nothing that hadn't already been said.
We did speak with our feet of course. I went to a spontaneous rally on the evening of the first attack and the rest of the family marched with 160 000 other Bordeaux folk on the Sunday. I wasn't with them because I'd gone to the truffle festival in Sarlat. Truffles are pungent and earthy and delicious. I especially like them in omelettes. The following week I read an interview with Maryse Wolinski in which she talks about losing her husband, the cartoonist Georges Wolinski. She went to the fridge the day after the shooting and found his very last purchase — a truffle. I wept a little.
Anyway, thanks for sticking around (or at for least keeping the feed in your reader). Ten years eh! How much younger we all were then; how much younger our world seemed. 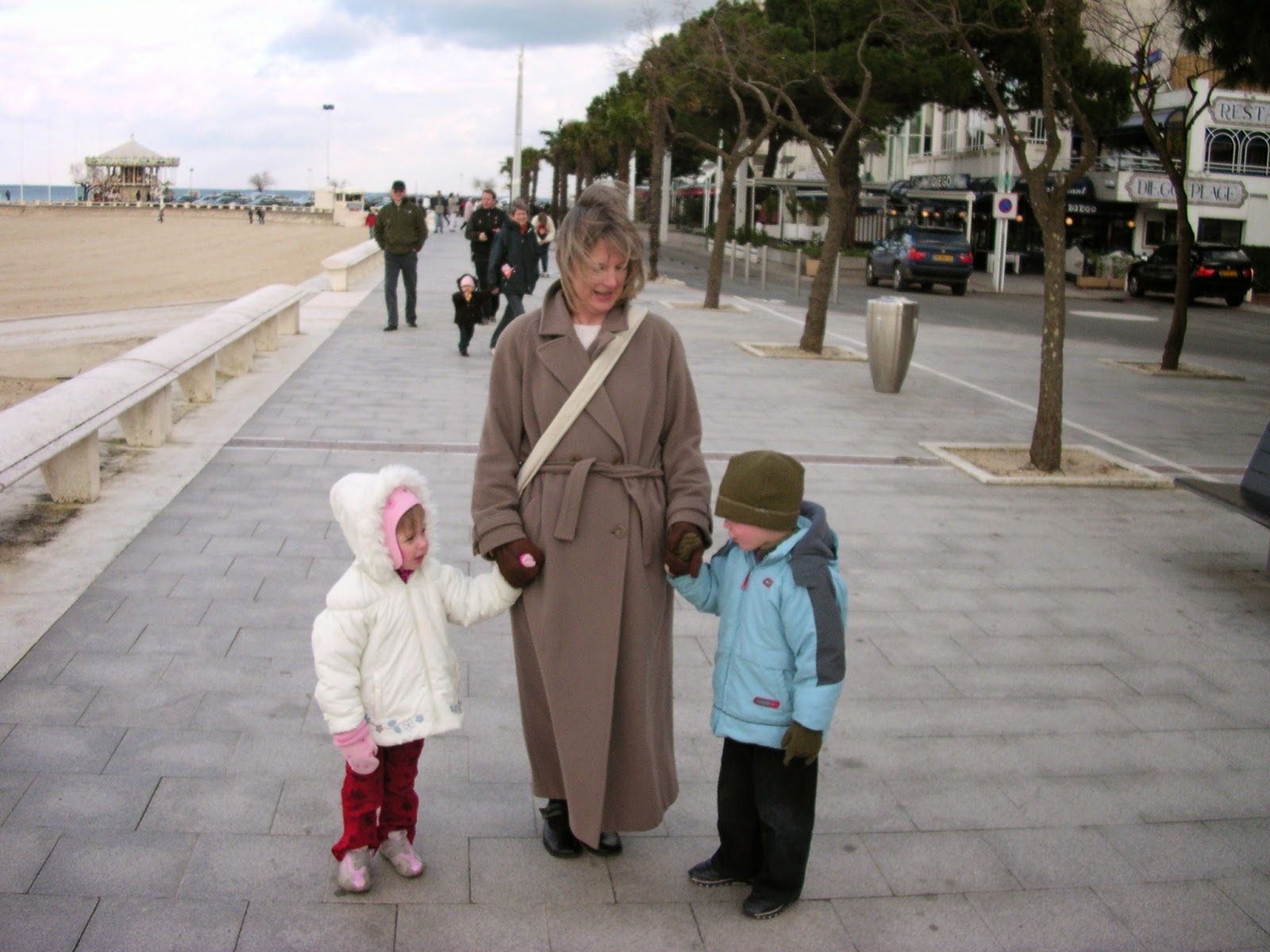 I'm easing back into this gently.

In 2014 I did lots of things. We finished watching Breaking Bad. Then I watched Girls. We all went to Paris for a week in February and walked for miles. I broke my little toe. I went to Aix-en-Provence in March for a conference. I followed the debate on the Scottish referendum and gave a talk about it in a lycée. I went overboard with tadelakt when we had a bit of work done on the house. I tweeted a bit less than last year. The children turned into teenagers (without E actually being a teen). Z went on a school trip to the USA and we all survived. Then his voice broke. E got an iPhone and she never looked up again. We met my mum in Majorca for spring break. I spent a few days in Cambridgeshire just as the sunshine arrived and it was picture-postcardesque. Then I went to Bergamo for a conference and stayed in a wonderful Airbnb rental that was better than any hotel. I got new glasses and more or less gave up wearing contact lenses. My favourite TV programme was Gogglebox but we still haven't got British TV. I had many delicious lunches and dinners at home and elsewhere with friends and family from near and far. I put almost all the weight I lost in 2010 back on again. I went to a double 50th birthday party in the Dordogne one day and then to Scotland via Limoges and Liverpool the next, then came back to France the following day. I spent a few lovely days by the beach in a friend's house in Arcachon.  As usual, we spent the summer in Scotland and the Dordogne where the weather was similarly mediocre. We celebrated my brother's 50th and I got a new dog-nephew (unrelated events). I made pavlova for the first time and also bread in a cocotte. I co-edited a book. I was really disappointed about the result of the referendum. I watched two series of Rectify. I saw a lot of stunning red skies. I probably spent far too much time on the internet although I didn't blog a single time. I took on new responsibilities at work and that was (still is) rewarding but occasionally stressful. I didn't like the latest Black Keys album as much as the one before. I seemed to listen to Paolo Nutini quite a lot on Spotify. We went to Barcelona for the autumn holiday and I was taken aback by how much I loved the Sagrada Familia. I taught quite a lot and I went to more meetings than ever before. I listened to The Serial podcast. I discovered cauliflower rice and then I went off it. My Facebook identity was stolen for a couple of hours. I organised a conference and it was fun. I continued to post lots of photographs of Bordeaux on Instagram. In November I went to Brussels and it was freezing but already Christmassy. I enjoyed taking lots of photos but let my Flickr account wane. I got a new camera for Christmas. We stayed in France for the festive season and our families came to us. I read a fair number of books, of which more anon. 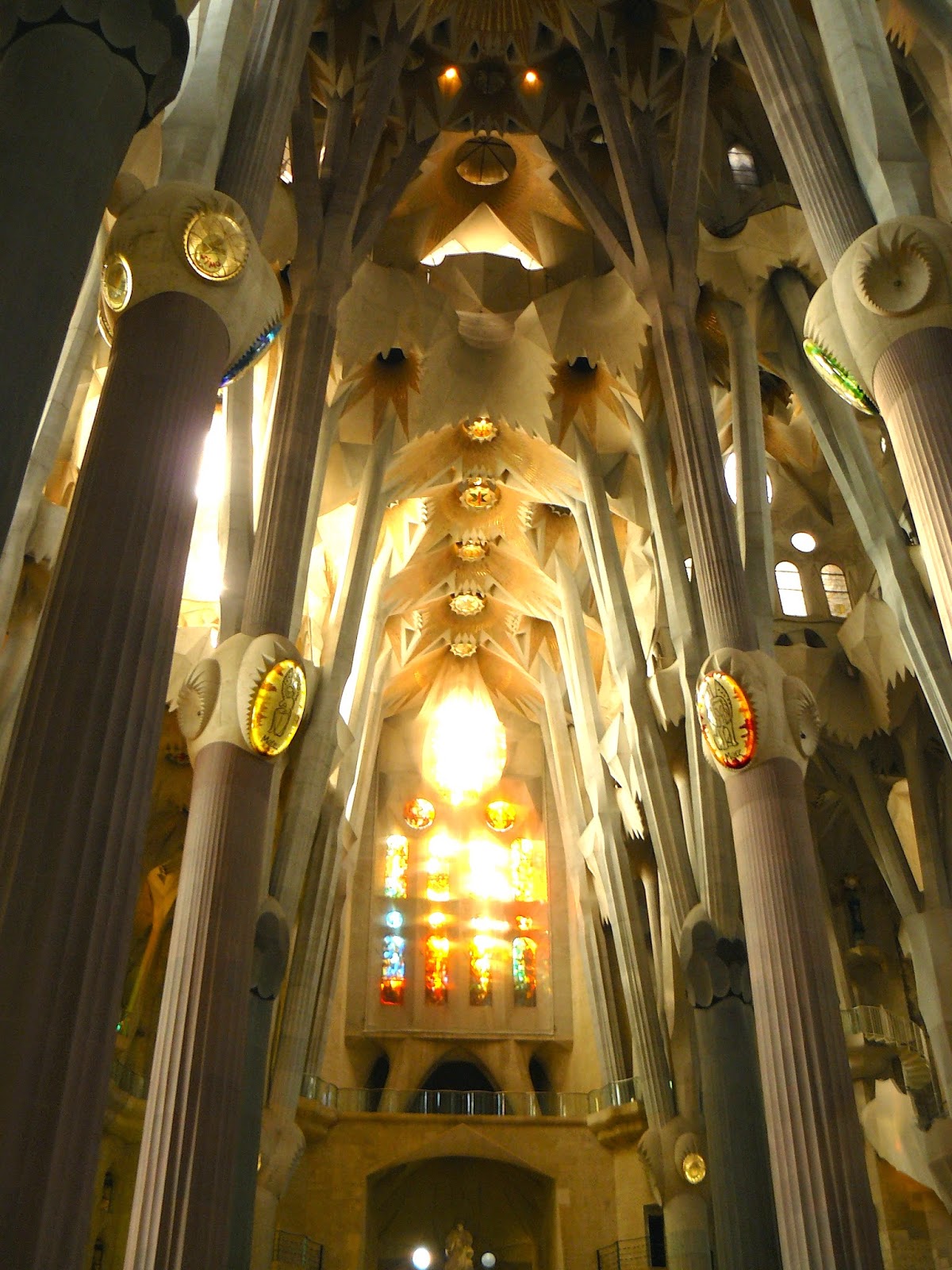