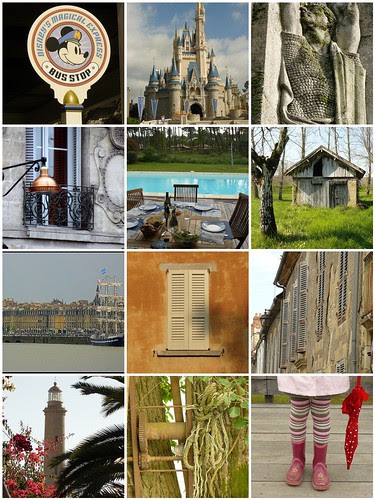 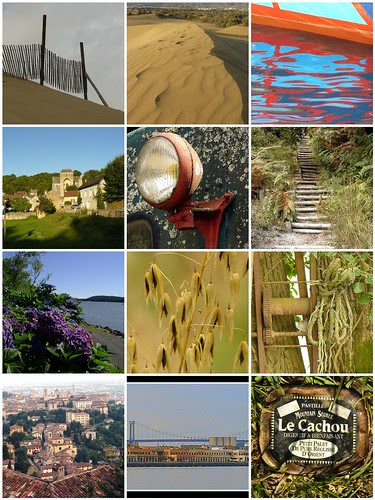 A Year of Reading

Here is the annual list of books wot I have read. I've been good at adding books to LibraryThing as I read them, so if you've been an attentive reader you'll have noticed all of these appearing in the sidebar. As usual, the ones I loved are the top, those I didn't are at the bottom and the middling ones are in the ... middle. I'm not providing links this year since due to the recession and because I know you're just as capable of googling as I am.

The Road, Cormac McCarthy (pure desolate brilliance)
Toast: The Story of a Boy's Hunger, Nigel Slater (funny, sad and satisfying)
Out of Sheer Rage: In the Shadow of D.H.Lawrence, Geoff Dyer (alternative auto/biography)
A Lie about My Father, John Burnside (a (mostly) bad man)
Fall on Your Knees, Anne Marie MacDonald (vast story set in provinical Canda and another bad father)
Fascination, William Boyd (16 brilllant short stories. Boyd is a master of all things fiction)
Skating To Antarctica, Jenny Diski (memoir and travelogue)
The Way the Crow Flies, Ann-Marie MacDonald (childhood Canadian detective fiction)
The Vanishing Act of Esme Lennox, Maggie O'Farrell (Scottish story of old age and deception)
Crow Lake, Mary Lawson (I seemed to read a lot of Canadian fiction this year and this was another good one)
The Other Side of the Bridge, Mary Lawson (provincial Canada ....again)
Eurydice Street: A Place in Athens, Sofka Zinovieff (one of the best "living abroad" books I've read, recommended by Mike of Fevered Mutterings)
The Accidental, Ali Smith (I loved some of the wordy riffs in this book)
Paris Trance, Geoff Dyer (I'm glad I discovered Geoff Dyer this year)
Yoga for People Who Can't Be Bothered, Geoff Dyer
Stuart: A Life Backwards, Alexander Masters (homeless but not completely hopeless)
The Smoking Diaries, Simon Gray (He died just after I read this)
I'm a Stranger Here Myself: Notes on Returning to America After 20 Years Away, Bill Bryson (he still makes me laugh)
The Patience of the Spider, Andrea Camilleri (I read about one of these Inspector Montalbano a year - for the Italian food rather than the intrigue)
Quartier lointain : L'intégrale, Jirô Taniguchi (this graphic novel was a present and I was surprised by how much I enjoyed it)
Freakonomics: A Rogue Economist Explores the Hidden Side of Everything, Steven D. Levitt (poponomics)
Saint Maybe, Anne Tyler (one from the back catalogue, as reliable and comforting as ever)
Clear Waters Rising: A Mountain Walk Across Europe, Nicholas Crane (he walks from Cape Finisterre to Istanbul, with just his two legs!)
The View from Castle Rock, Alice Munro (Another Candaina one. Short, sometimes autobiographical, pieces about the past)
The Memory Keeper's Daughter, Kim Edwards (twisty)
Consider the Lobster, David Foster Wallace (I'd like to rad more DFW)
Rosengarten, Janice Galloway (a quirky exhibition tie-in about midwifery)
On Chesil Beach, Ian McEwan (not his best IMHO)
The Art of Travel, Alain de Botton (bits and pieces of non-fiction)
Michael Tolliver Lives, Armistead Maupin (old friends)
Memoirs of a Highland Lady, Elizabeth Grant of Rothiemurchus (I’m still dipping into this 19th C diary)
The Uncommon Reader, Alan Bennett (mildly amusing)
The Sea, John Banville (I think I liked this, but I can't remember very much about it)
The Amazing Adventures of Dietgirl, Shauna Reid (gaun yersel Shona)
Mister Pip, Lloyd Jones (good if you love Dickens. I don't think I love him enough)
Echo Park, Michael Connelly (beach reading)
Arlington Park: A Novel, Rachel Cusk (mildly depressing novel about women in London suburbia)
The Missing, Thomas Eidson (the film is good too)
The Cone-Gatherers, Robin Jenkins (I thought I was going to like Robin Jenkins, but I didn't)
The Pearl-fishers, Robin Jenkins
Something to Declare, Julian Barnes (only for Flaubertophiles)
The Pilot's Wife, Anita Shreve (I think that this might have been the second time I had read this novel, but it didn't make much of a mark the first time)
Chasing Mammon: Travels in the Pursuit of Money, Douglas Kennedy ( a little dated now)
Sorbonne Confidential, Laurel Zuckerman (cf. last post)
Blood, Sweat and Tea: Real Life Adventures in an Inner-city Ambulance, Tom Reynolds (read the blog, shouldn't have bought the book)
Petite Anglaise, Catherine Sanderson (ditto)
Bananas in Bordeaux: Self-sufficiency for Dreamers, Louise Franklin (a blog that wasn't)
Burning Bright, Tracy Chevalier (I've enjoyed some of Chevalier's other novels but I never got to the end of this one)
Longitude, Dava Sobel (I like popular science but I just couldn't get into this)
Treasure Islands: Sailing the South Seas in the Wake of Fanny and Robert Louis Stevenson, Pamela Stephenson Connolly (some people have too much money)

The vast majority of these books were provided by Bookmooch and most of the rest by my Mum - thank you both!
at December 15, 2008 10 comments:

Email ThisBlogThis!Share to TwitterShare to FacebookShare to Pinterest
Labels: books

Suck it up at the Sorbonne 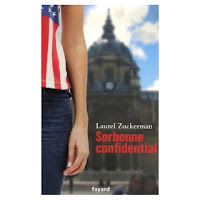 A few weeks ago I received an advance review copy of Sorbonne Confidential by Laurel Zuckerman from LibraryThing. Sorbonne Confidential is the story of an American woman in her mid-forties who finds herself laid off from a job in business in Paris, hits on the idea of teaching English as the perfect solution to her unemployment woes and duly signs up for the prestigious agrégation exam to secure entry into the state education system. She then discovers just what a difficult exam the agrégation is and just how French it is.

I did not like this book. I found the carping complaints about the whole system irritating, especially after the discovery that the candidate had failed the exam. I sympathise with a native English speaker who finds the competitive exam route to teaching in France élitist, fastidious and archaic, I really do. I am willing to accept, however, that it is a profoundly French institution respected by the vast majority of those who have taken and passed it and that if you want to be part of the system you have to accept that. Neither do I agree that as native English speakers we are all automatically qualified to do the job of teaching our language.

It's a little unsettling that Zuckerman give no reason for wanting to be a teacher other than the financial stability it would offer her. She seems to believe that her American origins and her voracious reading habits are qualification enough for the job. What she fails to recognize is that education is culture; that language teaching is deeply ideological; that loving to read is not the same as teaching literature. She also makes the wrong choice - the agrégation is a prestigious qualification requiring a robust literary or linguistic background — her background suited her for the more modest Capes. Had she been properly advised, she could have prepared for both, would probably have passed the Capes and ended up with the job security she craved.

I'm not sure about the trajectory this book followed to publication. It appeared in French last year (to mainly positive autocritical reviews) but won't be published in English until next year. Did the author write the original in French? I'm not sure, but some clumsier passages certainly ring like English badly translated from French and there are a few grammar mistakes that would make an agrég jury shudder (eg. "there are no less than six pharmacies") and a piece of jewellery is twice somewhat bizarrely referred to as a "broach". And let's not get into the red-rag question of why "pigs trotters" is not some obscure term unknown to the entire English-speaking world.

I was curious about what Laurel Zuckerman had become since failing the agrégation and writing this book, so I googled her name. I have no idea what she is doing now, other than giving interviews, but I did discover that she is on Facebook and listed as a fan of Valérie Pécresse the minister for higher education who is currently engaged in trying to scrap the concours system - to massive outcry from university teachers throughout France.
at December 14, 2008 4 comments:

Raindrops on Roses and Whiskers on Kittens

I nicked this one from Ms Mac. A hundred things I love in no particular order. I tried to make this into a scrolling text but my first version got eaten up so these are really my second hundred.