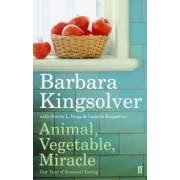 What about you? Are you a locavore or do you think you have a RIGHT to those bananas?
at January 08, 2009

I would love to be a locavore and count my food miles etc but sadly, at this point in time with only one salary and three children, we're too poor to have too many principles. One day though, one day.

I clicked on add comment, planning to start with "I would love to be a locavore" Only to find the ms dot mac had beat me to it :-)

I would love to be a locavore but it seems like nothing is ever in season in the UK, especially during the last few years of rainy summers. I should know, I have 2 allotments that havent produced anything decent in over a year due to the weather.

That said I do want to do my bit to an extent, but perhaps you can you answers me this one question.

When are Avocado in season in the UK?

It's a dilemma isn't it?

I am with commenter #1 and #2 with my wish to be a locavore our local supermarket does a range of Kentish supplies which I always try to buy and I grow my own toms and herbs on the balcony. BUT as for the other things ... I've tried growing an avocado - 3 years later it had lovely glossy leaves but not a pear in sight!

I do my best -- there are all kinds of good reasons to buy local food and I do when I can. I'm not going to eschew avocadoes, though, or the occasional mango, so . . .
I like much of Kingsolver's fiction, but find some of it too, too pedantic, preacy -- I remember going to a book club once where everyone else was oo-ing and ah-ing over one of her books, but there was such a self-congratulatory air of the converted, happy to be preached to about something we were already so in tune with, that I haven't been able to read her since.

Monoprix here in Bordeaux is full of fruit and veg from South America and South Africa ... I don't think they have heard of the carbon foot print yet ... or is there a better word.
Once there is no more petrol left in the world we will go back to having no avocado pears etc in this neck of the woods, just like when I was young.

Well, aside from meats, we are a bit lacking on local produce in Norway, though the sashimi is excellent! We are fortunate to select, buy and eat the foods we do. Unfortunately many are not either through access, economics, or ignorance. I'll thank my chickens!

We subscribe to a local veg and fruit outlet that delivers and the stuff's really good value. So, as long as we remain the right side of the recession, we can be locavores with both consciences and digestive tracts uncompromised!

Yes, I've always found Barbara Kingsolver a bit preachy too, too much like I'm being educated. I'm glad I'm not alone.

It's one of the things I like about France that they really like the idea of seasonality and local stuff, and even the supermarkets boast about how local the produce is, though they sell more and more out of season stuff too. I try to support the local butcher as often as I can, especially as it's mostly Label Rouge, free range stuff, and quite local. I signed up for a 'voisins-de-paniers' scheme for local produce, which was good if expensive and a bit limited, it was the only place I've ever found non-UHT real cream not cultured creme fraiche, but the guy who mostly ran it left and it got so disorganised and the people so rude and unhelpful I stopped. I like markets, but it's time and money, and also petrol - I figure if I'm having to drive hither and yon to find local stuff I'm undoing the good of it - one trip to the supermarket a week and I spend and drive less. Could be an excuse for laziness, I suppose.

We are a group of "Locavores" in Bordeaux thanks to an AMAP.

Eat local is possible but it means accepting conditions... As coming every Thursday between 7:00 and 8:00pm at Marché Victor Hugo in the center of the city.

You can come to discover our little alternative way of consuming. I will be happy to present you our producers and "Amapiens".

Hope to see you soon,
Claire