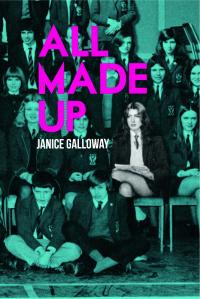 After that short interlude for Christmas festivities and the eating of wild boar in the Dordogne, here is the final part of my reading list. I hope that you are all having seasonal fun and that you were given lots of excellent reading matter.

The 100-Year-Old Man Who Climbed Out the Window and Disappeared, Jonasson, Jonas
Deadpan Scandinavian comedy about a very old man and a band of criminal misfits.

Landfall, Helen Gordon
I bought this book as a present for my mum, read the first chapter and was hooked. It's about a young woman's return to her parents suburban home and the accompanying accidie.


Around her the quiet mysteries of suburbia were in the perfumed thickness of the silently lighted houses, the thickness of so many private lives together and separated. The mysteries were in the almost-countryside. They were in the dark alleyways, quiet railway bridges, empty cul-de-sacs, chained, railed parks at night-time.

Scott-land: The Man Who Invented a Nation, Stuart Kelly
Everything you ever wanted to know about Walter Scott in short, snappy chapters.

Garnethill and Sanctum by Denise Mina. I met Denise Mina at a conference in Spain last October and discovered that she had lots of interesting things to say about women writers (and readers), the Scottish school of detective writing dubbed tartan noir, academia and popular literature. She's an excellent writer too.


The light in Scotland is low in the autumn, gracing even the most mundane objects with dramatic chiaroscuro.

Bird by Bird: Some Instructions on Writing and Life, Anne Lamott

then went to the library and said, “Do you have any other really funny books about cancer?” And they looked at me like, Yeah, they’re right over there by the comedies about spina bifida.

And here's a random quote I agree with completely, totally and utterly:


I have girlfriends who had their babies through natural childbirth—no drugs, no spinal, no nothing—and they secretly think they had a more honest birth experience, but I think the epidural is right up there with the most important breakthroughs in the West, like the Salk polio vaccine and salad bars in supermarkets.

Sweet Tooth, Ian McEwan
This was an enjoyable novel but I think I may have read it too quickly because I can't remember much about it beyond: attractive woman, MI5, writer husband, duplicity, lots of wine drinking.

All Made Up, Janice Galloway
This is a fabulous, fabulous memoir. I grew up in a similar place at a similar time as Janice Galloway but in very different circumstances. Despite the ambiguous title, it all rang true.

Jeff in Venice, Death in Varanasi, Geoff Dyer
Two books in one - both about crumbling, watery cities. Excellent.

Mother Country, Jeremy Harding
I came to this memoir via Harding's writing for the LRB (he occasionally writes about Bordeaux where he has lived). It's the sensitive story of his search for his birth mother and the revelation of his adoptive mother's past.

The Moment, Douglas Kennedy
Absorbing novel set in Berlin when the wall was still standing.

Death in Bordeaux, Allan Massie
I'd never read anything by Massie before (I don't particularly like his conservative brand of Scotsman journalism), but the title of this novel was too close to home to resist. It's a competent detective novel set in wartime Bordeaux; apparently the first of a planned trilogy. You'd think the publisher would have people able to use Google maps to check the street names though.

Emma Hearts LA, Keris Stainton
I followed Keris and Stella on their adventures in LA as Keris did the research for this YA novel. It's a fun book and I'll be recommending it to E just as soon as she's old enough to read about boys and romance (ie. when she's 20)(kidding).

Visiting Mrs. Nabokov: And Other Excursions, Martin Amis
This is a 1994 book and I'm not sure how I came to be reading it in 2012. Amis is easy and amusing. I guffawed at his descriptions of Elton John "looking more like Big Ears than usual", wearing a "Billy Bunter suit", then a "Humpty Dumpty outfit". He's good on Updike's upfrontness too:


Yet the case of Updike is unquestionably extreme. The textural contrast between your first and second wife’s pubic hair, for instance, is something that most writers feel their readers can get along without.

The Stranger's Child, Alan Hollinghurst
An erudite novel. This passage could serve as an epigraph to this series of posts on books:


Sometimes a book persisted as a coloured shadow at the edge of sight, as vague and unrecapturable as something seen in the rain from a passing vehicle: looked at directly it vanished altogether. Sometimes there were atmospheres, even the rudiments of a scene: a man in an office looking over Regent’s Park, rain in the streets outside – a little blurred etching of a situation she would never, could never, trace back to its source in a novel she had read some time, she thought, in the past thirty years.

I think I must have been one of those girlfriends, Lesley! Except I never said 'honest' about the whole experience because it was like how one imagines torture. First baby was terrible. But because I knew what giving birth was like I was ready for the next two so didn't bother with the epidural! It's a conundrum, but will pass this on to the daughter!

I've Never read any of the books on your list so I feel like a right dunce.
Best book I have read in the last few years was Wicked by Gregory Maguire. Inventive,compelling and very funny with a great female character. I don't read that much now however as I'm finally writing one of my own and its hard work!

Some great suggestions here, thanks! My Swedish stepnieces have raved about the Jonasson book, so I am pleased it is now available in translation. My publisher Scott at Friday Project also loved it.

On your list I have only read 'Bird by Bird' and 'Jeff in Venice'- and attended an Anne Lammot reading in San Fran many years ago, I do really like her writing though she later became a Christian which was wholly unexpected. I liked the first part of the Geoff Dyer, could not read the second, seemed self-indulgent. Have only ever read 'Trick is to Keep Breathing' by Janice Galloway, which I loved. Still, her memoir, although I know has been highly praised, just doesn't appeal. And I must, must read some Denise Mina! Happy New Year when it comes, Lesley.

I've added a few titles, nodded in recognition at descriptions of some I've already read, but mostly chuckling at your pithy comments and your refs to memory. I'm currently reading How to Talk about Books You Haven't Read by Pierre Bayard -- despite the flip title, he's fascinating on notion of remembering what we've read and/or on the screens/projections through which we read or by which we remember. The least sentimental "phenomenology" of reading I've come across and the most thought-provoking. And like your Hollinghurst, very erudite. . . .

the Hollinghurst book is rue B, you can take it home in June with great pleasure!

What a busy reader you've been. I've not read any of these, but then the world is so full of a number of books...

I might try 'Bird By bird' on your recommendation, I've heard mixed responses to it.

I like to read horror book very much but i am not interested to read about classical love story and natural story book.I am very much happy to read long story book like 200 or more pages book.
Thanks
http://www.travailadomicile-jm.com/